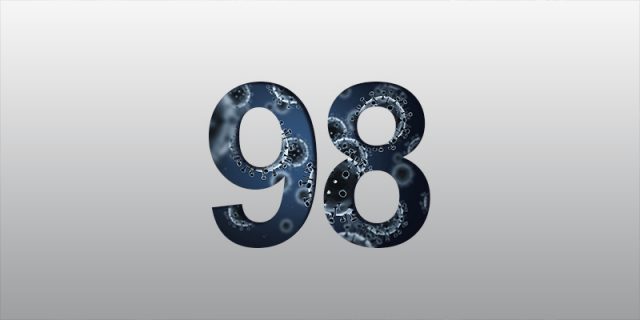 The Ministry of Health received 222 new test results; 210 were negative, and 12 were positive, and Bermuda’s total confirmed positive cases now stands at 98.

A spokesperson said, “Today the Ministry of Health received 222 new test results; 210 were negative, and 12 were positive.  Out of the new cases 11 were imported and 1 is under investigation. All persons who returned a positive result have not been released from Government Quarantine Facilities. 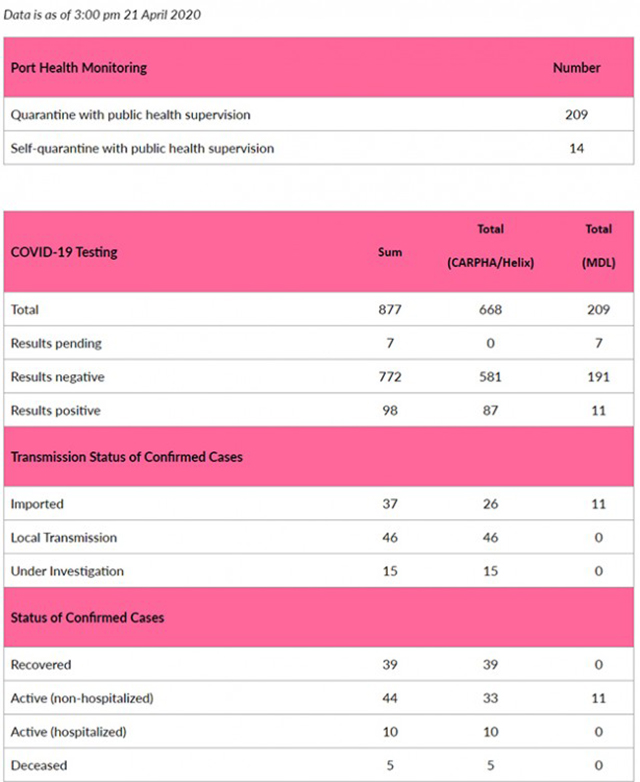 “Persons from the BA flight were released today, and those from the Delta flight will be released tomorrow. It is important to note that persons who have been released are still subject to Public Health Monitoring for 14 days.

“Bermuda’s total confirmed positive cases stands at 98; 39 have now recovered, 10 persons are hospitalized, and there are 44 persons that are under active public health monitoring, but who do not require hospitalization.