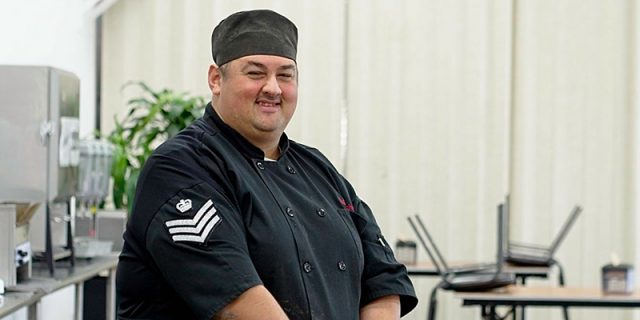 Soldiers on the streets to enforce the state of emergency regulations are backed up by a support team based at Warwick Camp.

Royal Bermuda Regiment chefs and medics are working overtime to keep about 200 soldiers fed and fit – part of the engine room of the Regiment that powers its large scale provision of support to the civil authorities.

Colour Sergeant John Lema, 38, said his team in the cookhouse had adapted to strict social distancing rules and disruptions in the supply chain caused by restrictions on movement around the island.

C/Sgt Lema, a chef in civilian life, said: “The social distancing of the tables in the mess has made our job a bit more difficult.

“We’re feeding 130 in camp and 70 stationed around the island in different places.”

He added: “Everything they would normally pick up themselves – condiments, knives, forks, cups, that sort of thing – we have to hand to them ourselves, wearing gloves – it’s a whole different set up.” 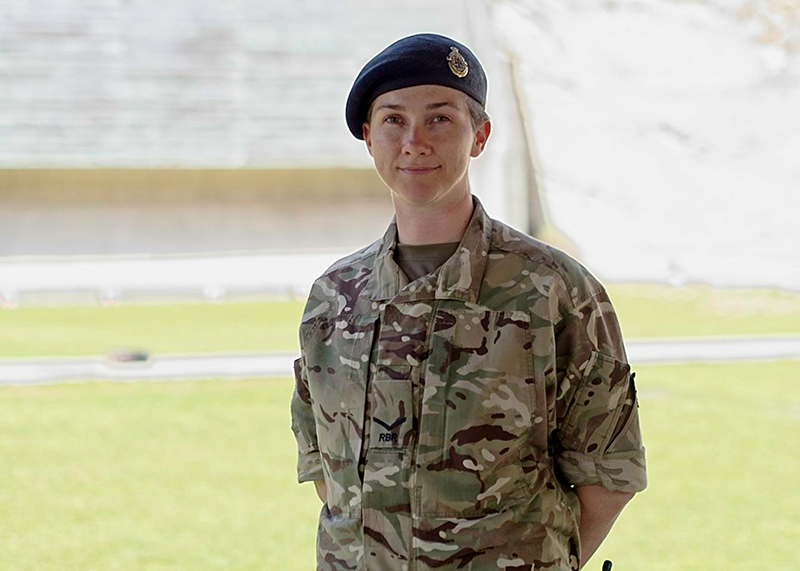 Forward operating bases to speed the movement of troops to checkpoint sites have been set up at Warwick Academ, Saltus Academy and at the bus terminals in Hamilton, St George and Dockyard and the Coast Guard, part of the RBR, is based at Watford House in Sandys.

C/Sgt Lema, from Smiths and married with a nine-year-old son, said the chefs had been embodied for almost four weeks and expected to be on duty for the foreseeable future.

He added: “It’s difficult and stressful, but we’re managing. We do a lot of joking and laughing, which keeps our spirits up.”

C/Sgt Lema admitted it was also tough being away from his family.

Private Asiyah James, 24, a supervisor at People’s Pharmacy in civilian life, said she had been on duty for more than a week as soldiers are rotated through Warwick Camp to give as many soldiers as possible a chance to get home for a break.

Pte James, from Sandys, admitted: “I wasn’t prepared for something like this – but the troops are appreciative of all the hard work we’re doing.” 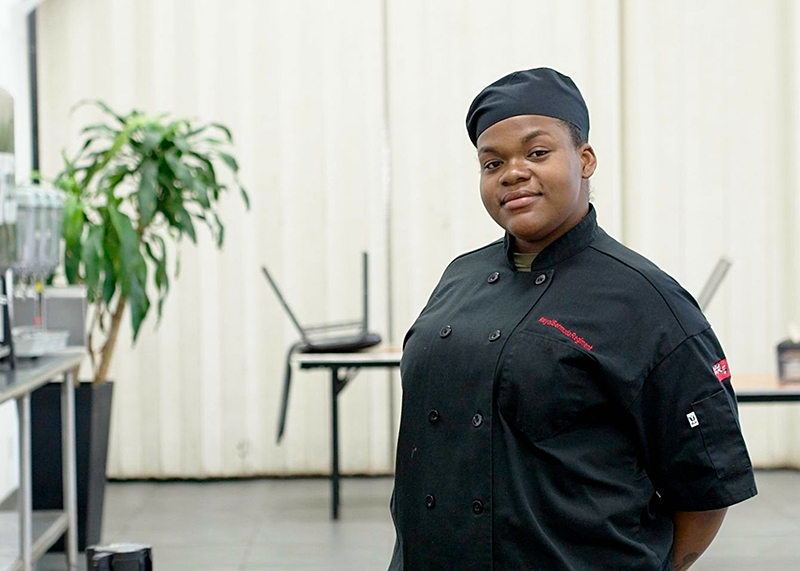 But she said: “I’m missing being with family, but it’s good to be here helping.”

Lance Corporal Melanie Gauntlett, 33, from Sandys, a medic, added: “It’s been good – this is my first embodiment. I’ve never been embodied before and I can’t complain, but it’s been difficult being away from my family.

Medics are monitoring the temperatures of troops on return to camp and working to ensure they stay fit and healthy.

The married mother of two said: “It’s been about 30 days since I last saw my kids – but the Easter Bunny still managed to pay a visit.”

She added the main problem she had dealt with was some sunburn among lighter skinned soldiers on duty at checkpoints.

L/Cpl Gauntlett added: “We’ve not had anything serious – but if something serious happens, I’m not doing my job.”

“They are trying to be as helpful as they can be to the public, who are sometimes under a lot of stress and pressure and they’ve had great support from the Bermuda Police Service, who have followed up on non-compliant vehicles.”

Major Beasley added: “There is the three-way pressure of the job – having to perform, being away from home and families and, for the commanders, making sure soldiers are being supported.”

He said: “I’m no different to anyone else, which is important to help understand the problems the troops are facing.

“But we are performing an essential role that no other body would have the resources to do. It’s not just the soldiers on the streets. We have enormous diversity of capability in these trying times.

“It’s not just the soldiers on the streets at community advisory points, it’s the ones providing transport and the 24-hour capability of the Regiment.”

Major Beasley promised: “We will stand firm until the country can find its new normal.”