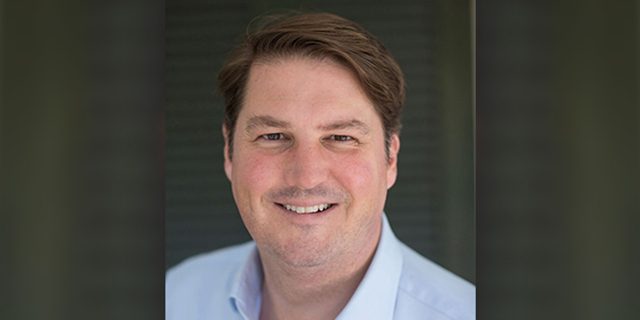 Many of you will have seen the recent news about the captain of a US aircraft carrier who allegedly ‘broke ranks’ to warn that a large number of sailors aboard USS Theodore Roosevelt had the Covid-19 virus. His letter of concern to the US Navy was leaked to the media and, as a result, Captain Crozier was swiftly dismissed from his post.

How did you react when you read that? Was Captain Crozier to be praised for speaking the truth while others remained silent? Or did his letter undermine the chain of command and increase the risk of public panic? Or did you have mixed emotions?

The reality is that it’s tough to know how to respond to a crisis. By its nature, a crisis creates awkward footing, often on uncertain terrain, with the ground shifting beneath us. When we face a new normal, it’s not easy to adjust. It’s difficult to chart a clear path forward – even more so to maintain consensus.

When we are all at risk, the instinctive preference is to stand together – to present a unified front against the external threat. Bermudians have traditionally adopted this approach in times of external crisis. Our domestic disputes, political or otherwise, stop at the water’s edge – beyond that, we tend to work together to confront the common problem.

The current crisis has seen our politicians come together. Last Monday, the House of Assembly and Senate unanimously approved the Governor’s Proclamation to implement the ‘Shelter at Home’ precautions. Now extended, these precautions will continue until May 2nd.

In point of fact, only 14 MPs were present for this vote. The Speaker requested the minimum quorum to ensure social distancing. MPs were spread around the Chamber rather than in their assigned seats. The Speaker also directed that all 36 MPs would be recorded as present. This was a vote of historic importance with considerable impact on individual rights. Had every MP been in the Chamber, I have little doubt the vote would have still been unanimous: a show of solidarity against this invisible threat.

Back to the captain of USS Theodore Roosevelt.

What happens when cracks appear in the crisis response? If things are not being done, when [and how] should something been said? Does solidarity require silence?

The Opposition has supported – and continues to support – the Government’s containment policies to reduce the impact of Covid 19. These policies include increasing public awareness, maintaining social distancing, temporary school and business closures, working from home, and the current ‘Shelter at Home’ containment strategy.

These are all sensible precautions seeking to contain the spread of the virus. Measures intended to reduce the loss of life.

Although many will [rightly] feel their civil liberties are being curtailed, most will also understand why this is necessary. Conversely, others may feel the current restrictions do not go far enough. So, decision making in these circumstances is not easy. Yet most Bermudians understand that. We have given the Government time to find its footing on the shifting terrain.

Because there is currently no Covid-19 vaccine, the Government’s stated goal – which the Opposition supports – is to lessen the impact of the virus on our front-line healthcare workers and first responders.

You will likely have heard the expression ‘flatten the curve’. The virus will still spread, but this spread will be flattened – first contained, then slowed and, hopefully, better managed. Yes, people will still catch the virus. And, yes, deaths will still occur. But containment seeks to avoid a spike in Covid-19 cases, which could, and likely would, overwhelm not only the hospital, but the island.

This overwhelming is a tragedy we have witnessed in other places, where confinement was not as swift. So, we must ensure, as best we can, that our medical professionals do not fall victim. Doctors must not become patients.

Because Covid 19 manifested in Bermuda slightly later, we have been able to learn from the experiences of other places. Our window of preparation opened on 30 January 2020, when the World Health Organization [WHO] declared Covid-19 to be a “Public Health Emergency of International Concern”. Bermuda was afforded an opportunity to prepare for the global outbreak.

Whether we made the most of that opportunity is a question for another day – but a question that nonetheless will have to be asked, to ensure mistakes are not repeated and good practices are enshrined. In the main, Bermuda had the time to implement sensible protective measures. Yet we face the urgency of now – so what of the present?

The Opposition has offered, and continues to offer, support to the Government. But this solidarity does not require silence. Even with a united front, we have a duty to identify where Bermuda’s response can, and must, be improved. And there is at least one area of significant concern.

There has been considerable confusion about the number of testing kits we have on Island and how many more have been secured for delivery.

For almost a month, we have been repeatedly told that Bermuda is carrying out “aggressive testing” for Covid 19. No doubt this statement is well-intentioned, motivated by a desire to comfort anxious citizens. But it is sadly incorrect.

And it is essential in times of crisis that citizens can trust the information coming from their Government. At the time of writing, we have tested only 416 out of approximately 63,000 people. Respectfully, this is not “aggressive testing” and it is unwise to suggest that it is.

Bermuda has not been testing aggressively because, so far, we have not had sufficient test kits to do so. The WHO warns: “Our key message is this: test, test, test”.

And there is an unfortunate lack of clarity about how many more test kits are coming, when they are coming, and whether these kits will be complete [test kits have various component parts needed to work].

Test kits are scarce. This is understood. But it is time for clear answers about what has been secured. Some weeks ago, we were told some 900 more tests were coming, then we got 150. Later we obtained 400, having been told 800 were ordered and on their way.

Are we, as reported, still purchasing 35,000 test kits from the Cayman Islands, which secured 200,000 from South Korea using a network of international contacts together with the power of the British Foreign Office via its many embassies?

Last week it was announced that Public Health England is expected to provide 2,000 test kits to Bermuda weekly during the COVID-19 outbreak. At a recent press conference, the Premier said: “Last week I reported that Dr Carika Weldon had secured the capacity of 40,000 tests here in Bermuda and that was provided by a private donor who had purchased those particular test kits.”

When are those test kits coming, how are they getting here – is BA flying them in – and, given the Premier’s comments, will these kits have all the elements needed to work?

The Government is right that Bermuda needs “aggressive testing” to combat the virus, but it is unhelpful to say that we have been testing aggressively when we have not. This must change and change quickly. Even if we do obtain more [and complete] test kits from the sources identified, these must be sufficient to achieve truly aggressive testing as some other jurisdictions have done to their credit.

By seeking clarity on these questions, the Opposition is not breaking ranks. The OBA continues to support the Government’s containment efforts in these times of tremendous uncertainty. But Bermudians need to hear it straight. Let’s get sufficient and complete test kits so that Bermudians can actually test aggressively. And let’s continue to work together to defeat this external threat.