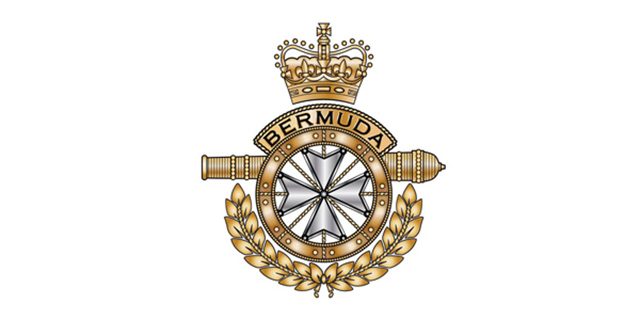 The island’s two biggest telecommunications companies have donated almost $30,000 worth of cell phone services to help soldiers on the Covid-19 frontline keep in touch with their loved ones.

One Communications said they decided to support the Royal Bermuda Regiment’s efforts to control the spread of the disease and give about 200 soldiers embodied for the crisis a morale-boosting thank you gift.

Digicel CEO Leslie Rans and Frank Amaral, the CEO of One Communications, said they got together and decided on matching donations.

Ms Rans said: “These soldiers are giving service to our country – I didn’t appreciate they were all required to live at Warwick Camp, which means they’re separated from their families.

“They are front line workers, like our employees, and I understand the stress that imposes on them.”

Mr Amaral added: “We are super happy to help. We’re delighted to be able to show our appreciation to the soldiers out there.

“When I walk into a grocery store these days, I go out of my way to thank the people working behind the till. Like the Regiment, they’re fulfilling a critical role in the community during a time of need. All of us should be grateful for what they do.”

The donation was worked out in conjunction with the Royal Bermuda Regiment Association, set up to keep former soldiers in touch with each other and to promote the welfare of serving troops.

Mr Amaral and Ms Rans highlighted the RBR’s long history of support to the telecommunications industry by clearing roads after hurricanes so their staff could move around and repair damage to their networks.

Mr Amaral said: “We love our customers and our community. We are here to help and to get us through to the other side.”

Ms Rans added: “Digicel as a company has a mandate to assist where we can.”

The two CEOs added that their companies both worked to help good causes and support the country and that they had made other donations in cash or kind without publicity.

RBRA vice-president Peter Aldrich said: “We approached One Communications and Digicel and asked them if they could offer some kind of economic relief to embodied soldiers. We were staggered by their response and their generosity.”

Mr Aldrich added that many soldiers had been laid off work because of the Covid-19 pandemic before they were embodied and – like many others – had struggled to make ends meet.

He said: “Soldiers are in camp or forward operating bases, away from their families, and we thought it would be great if they were able to communicate with them without worrying about how they were going to pay for it.”

Mr Aldrich added that assured communication also meant that soldiers on duty could more easily communicate with each other to improve efficiency.

He said: “The RBRA is working on some other opportunities to assist our soldiers who have given of their time and risked their own health so unselfishly.”

RBR Commanding Officer Major Ben Beasley said: “Bermuda’s soldiers don’t seek public applause – they serve out of a sense of duty and a desire to protect the public, even if it means risk to themselves.

“But when people or businesses do step forward to show their appreciation – especially in such a generous and useful way – they are deeply grateful.

“This thoughtful gesture by Digicel and One will be a significant boost to morale and we are sincerely appreciative.”