While the Government has been covering the cost of Covid-19 testing for Bermuda residents returning to the island, they intend “for a fee to be in place for tourists arriving in Bermuda once commercial airline services resume,” the Government said today.

A Government spokesperson said, “To clarify and expand upon the Minister’s remarks yesterday, while the Government of Bermuda has been covering the cost of COVID-19 testing for Bermuda residents returning to Bermuda, it is our intent for a fee to be in place for tourists arriving in Bermuda, once commercial airline services resume at L. F. Wade International Airport.”

Premier David Burt also addressed the matter on Twitter, saying:  “The Min was asked who will pay for tests, he stated facts: ‘The Government is absorbing those costs at this time, and we will continue to do so until we change it.’ Visitors have not been able to enter Bermuda since March, so it is factual that Gov has paid for all tests.

“The ‘until we change it’ is key, as we haven’t confirmed the fee that visitors will pay, but there will be a fee to cover the cost of providing this service to our visitors. Funny enough, we’ve had complaints from travel stakeholders of the proposed fee to be charged.

“Opening international borders isn’t easy, but we will do it while keeping Bermuda safe. We will test visitors and they will be charged a fee for the testing services provided on arrival and while on the island.”

The Premier also tweeted, “There has never been any plan for taxpayers to pay for visitor testing. He stated facts that currently the Government is paying for testing for residents; however rest assured visitors will pay a fee for their testing.”

The airport closed to regularly scheduled commercial airlines back in March of this year, however there have been a few charter flights and private jets arrive carrying returning residents over the past three months.

The airport is scheduled to re-open for regular commercial flights on July 1st, and the Government previously said that “as soon as possible following arrival in Bermuda, every passenger must undergo COVID-19 testing either at the airport or at their accommodations.” 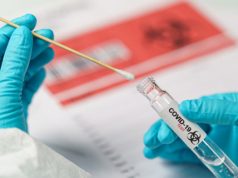 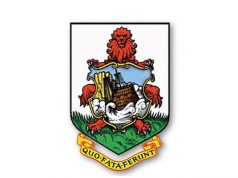