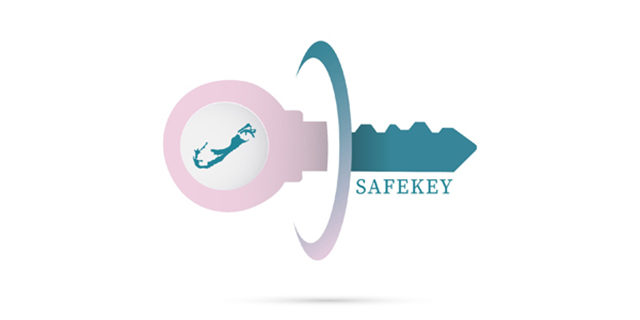 Some gym owners have unified to fight Government’s SafeKey regulations related to their businesses.

The group formed the Gym Coalition on Thursday evening, with Melanie Derosa and Karen Hodgkins acting as their representatives.

On Friday, Government’s new regulations meant that all gyms and fitness centers would require patrons to have SafeKey, which means a person would either have to be vaccinated or have a negative PCR test in the past three days. Some gyms say they will not adhere to the policy.

The Gym Coalition has written a letter to the Premier expressing their concerns.

Ms Derosa, who owns Ultimate Fitness, told Bernews the problem with the regulation is lumping gyms in with the restaurants and bars category.

“We operate differently. For us we have memberships. Our members pay ahead of time for a month, three months, six months or a year,” Ms Derosa said. “They come every day to do lifting or cardio. For them to get a Covid test every three days is not realistic.”

She said getting tested every three days is unwieldy with limited testing times.

Currently, appointments can be made only between 10am and 3pm at Bull’s Head Monday through Saturday, three days a week in Dockyard and St George’s twice a week. None of the days is on a Sunday. And that’s if you can get an appointment. Currently, the first available appointment for the centrally located Bull’s Head is for Monday, August 30, with people in Hamilton unlikely to spend a lunch hour driving down to St George or Dockyard to get tested.

Ms Derosa said, “That makes it impossible for people to get to the gym. People who come to the gym every day are expected to do that twice a week? It’s not reasonable.”

She said people who have paid their membership would not be able to enjoy what they have paid for, making it likely for customers to cancel it.

“Members won’t come back. The morning they [the Government] put it out there, we were inundated with calls with people saying their last day was tomorrow. Trainers were having people cancel on them. It was a mess. We were losing business; we were losing revenue.

Ms Derosa pointed out that her gym has not had any cases. All the other safety protocols are adhered to:

Ms Derosa added that gyms are an essential part of people’s mental health by exercising out their stress.

“It is a very stressful time now, but they also come here for their physical and emotional health. Some people have high blood pressure and diabetes, and the gym helps in that respect. Still, some people come for rehabilitation, so it’s not just for the bodybuilder or the athlete.

“It’s important to keep the gyms open because that’s where people get their release.”

She applauded the Health Ministry for keeping Bermuda safe. Still, it would have been better if the Government had consulted with the gyms before instituting this policy rather than the gyms having to go to Government.

Evolutions Health and Fitness Center owner Quinita Francis said her clients were concerned about having SafeKey. “We have taken the stand like the other gyms in that we are not asking people to provide SafeKey.”

She said patrons would have to wear masks and obey other health protocols. “Because we have taken that stand, our members are comfortable with that. We haven’t had any people who have the SafeKey object.

“We have noticed that there has been a decrease in the number of people coming to the gym since SafeKey was announced as being required. SafeKey is like a deterrent for people to go indoors in any facility.”

She added it is challenging being a small business owner in this environment. Government “keeps seeming to target the gyms but haven’t told us whether there have been any outbreaks in the gyms. My personal opinion is the gym is one of the safest places to be due to the rigorous cleaning regime we as gym owners have implemented.”

She added when people are going to work in an office environment; there is no one coming behind workers to wipe down and clean copy machines and other office equipment immediately after they are used, which is the opposite of what happens in a gym.

Karen Hodgkins, the owner of Magnum Force Gym, said the policy “is not workable in a membership club. For large groups or parties, I can see SafeKey would work but not in gym facilities or membership clubs where people are coming on a daily basis.”

She also argued, like Ms Derosa, that gyms are a great place to help work out their mental health stress. “This is a healthy environment and you want people to be in the gym keeping healthy.”

She stated that the gym owners saw the press release about SafeKey but were not provided any advice from the Health Department about what they should do.

“What we do have is have our phones ringing off the hook with people calling to cancel their memberships asking for refunds.”

Ms Hodgkins said she avoided having people cancel because she told her staff it will be “business as usual” and they would be ignoring the SafeKey policy.