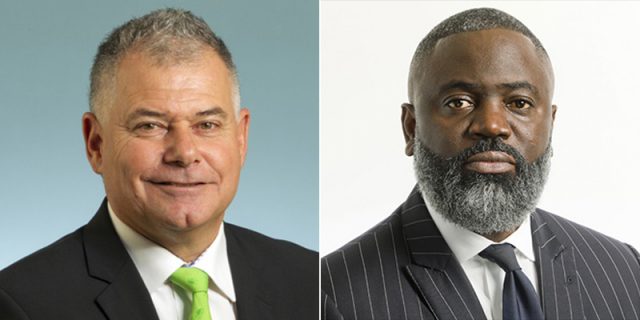 An online petition calling for Wayne Caines and Zane DeSilva to be reinstated has started, with the petition attaining just over 1,500 signatures as of this writing.

Mr DeSilva and Mr Caines resigned from the Cabinet after videos circulating showing them at a party not adhering to the Covid-19 regulations.

The petition said, “Minister Caines and Minister DeSilva were both forced to resign after being recorded at a private charity event without a face covering. The charity event was designed to raise funds to aid the most vulnerable members of Bermuda’s society who have been hardest hit by the Coronavirus pandemic and the enforced lockdown.

“There had not been a recorded case of Covid-19 in Bermuda since the 21st of June [over two weeks from when the video was taken]. On top of this anyone who is working is regularly tested for the disease ensuring they are not carrying it even if they are asymptomatic.

“The usual punishment for this offence is a fine so to force both these hard working Ministers out of their position is completely over the top.

“Both Ministers were only without face coverings for short periods of time. The event finished in good time and everyone returned home before the midnight curfew, complying with the current government regulations.