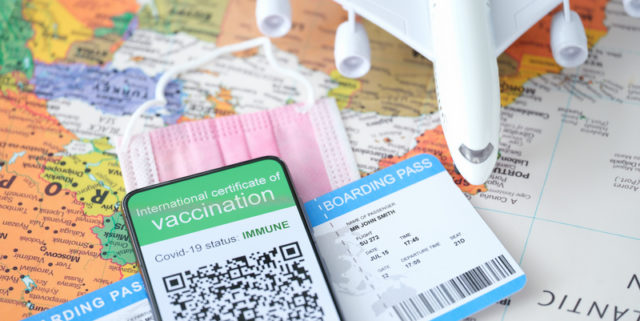 The United States is reportedly considering a plan to require most foreign visitors to be vaccinated, according to reports from major international and US media outlets including the Associated Press, CNN, Reuters, and the New York Times.

A report from Reuters said, “The Biden administration is developing a plan to require nearly all foreign visitors to the United States to be fully vaccinated against Covid-19 as part of eventually lifting travel restrictions that bar much of the world from entering the United States, a White House official told Reuters on Wednesday.”

The Associated Press report, “No timeline has yet been determined, as interagency working groups study how and when to safely move toward resuming normal travel. Eventually all foreign citizens entering the country, with some limited exceptions, are expected to need to be vaccinated against COVID-19 to enter the U.S.”

The New York Times report, “The Biden administration is developing plans to require all foreign travelers to the United States to be vaccinated against Covid-19, with limited exceptions, according to an administration official with knowledge of the developing policy.”

The NY Times added that the plan “will be part of a new system to be put in place after the current restrictions on travel into the country are lifted, but officials have yet to determine when that might be done.”

CNN report, “The Biden administration is developing a plan to mandate vaccinations for almost all foreign visitors to the US, a White House official confirmed to CNN on Wednesday, though some exceptions are expected.

“Officials are still in the early phases of developing the plan and an announcement is not imminent. There is no imminent change to the current travel restrictions in place because of the highly contagious Delta variant currently circulating around the world, an official cautioned.”