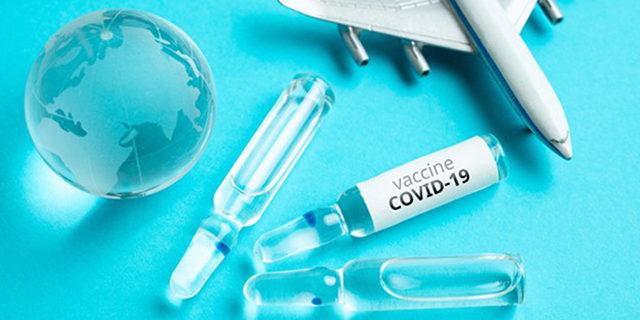 The United States reportedly plans to institute new travel rules starting in November, which will require “all foreign nationals arriving in the United States to show proof of being fully vaccinated.”

The CNN website said, “The United States plans to ease travel restrictions on all fully vaccinated foreign visitors starting in November, the White House said Monday, relaxing a patchwork of bans that had begun to cause fury in Europe and replacing them with more uniform requirements for inbound international air passengers.

“The new rules will require all foreign nationals arriving in the United States to show proof of being fully vaccinated, the White House Covid-19 response coordinator Jeff Zients said. He said the new rules would take effect in early November, a timeline that will give agencies and airlines “time to prepare.”

“The lifting of blanket restrictions on travel to the United States from certain countries will come as welcome news to thousands of foreign nationals with families in the United States who have been kept apart for almost the entire pandemic.

“Fully vaccinated foreign nationals and American citizens returning to the United States from abroad will be required to take a pre-departure Covid-19 test within three days of their flight, and show proof of a negative result before boarding. They will also need to do a viral test, such as a PCR or rapid test, three to five days after arrival; the test must be authorized for use in the country where it’s administered.”

We have reached out to the US Consulate seeking any specific information as it pertains to Bermuda, and will update as able.

You can read the full story here on CNN.