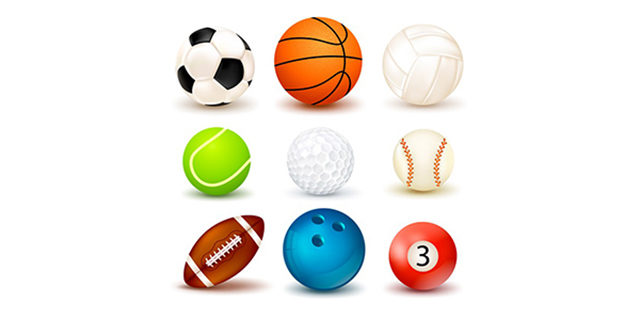 Team selection in the age of vaccine mandates is causing sports organizations to jump through extra hoops. Some like the Bermuda Olympic Association and the Bermuda Amateur Swimming Association are going forward with a policy that only vaccinated athletes will be considered for selection. Others, such as the Bermuda Football Association, player selection will be on a tournament-by-tournament basis.

Complicating factors include countries such as the US and Canada having mandatory vaccination policies for travellers. So even if a team was playing in the Caribbean, getting unvaccinated players there would be an extra logistical problem and a more costly one if travel was routed through the UK.

The BCB was forced to take only vaccinated athletes to the ICC T20 World Cup in Antigua, which starts on November 7, as that country has a mandatory vaccination policy for travellers.

Maurice Lowe, technical director for the BFA, told Bernews, “We don’t have a policy for or against vaccinations. We have to look at each person on a case-by-case basis – where they’re coming from, where they’re returning to and what the travel pass is.”

In connection with the Concacaf U20 Men’s qualifier, which starts on November 6 in the Dominican Republic, the team is primarily based in the UK and Europe, so vaccination status did not matter concerning flying through London. “It doesn’t matter their vaccination status because they don’t have to go through the US, but that is going to be a challenge for every competition from here forward.

However, flying back to the UK after being in the Dominican Republic did cause some problems.

“This was still a massive challenge. This wasn’t easy,” Lowe said. “Because we had to work out everyone’s individual requirements.” Part of that was the DR was on the UK’s Red List. Every player would have a 10-day mandatory government hotel quarantine stay, significantly adding to the cost. But that will be lifted this Monday, making the cost factors less prohibitive.

Arnold Manders, president of the BCB, said that traveling through the US will be a major factor in the future.

“For that reason, we encourage all the players to be vaccinated. There is so much red tape to get the players in and the quarantines coming back – we don’t have that kind of money. We can’t force them, but it is something that we don’t have any other choice but to take vaccinated players.”

Manders said players and coaching staff get paid for the time they are serving on the national team, including any quarantine periods they go through. And because of Covid-19 restrictions in Antigua, every team member had to have their own room, also adding to the cost.

“Even the hotel we are staying at in Antigua are not taking anyone who isn’t vaccinated. We wanted to take extra players, but in the end we couldn’t because players they have to stay in single rooms, and the ICC doesn’t pay for extra players.”

He said if a player gets injured or gets Covid-19, they could be replaced with ease. He said with the additional costs of playing for players and travel, it was a burden too far. Manders said Covid restrictions will be an ongoing concern.

“This is causing a lot of problems, especially if we’re looking to travel to tournaments with our best players. Then there’s trying to organize health and safety protocols. We have to learn to adapt because this is what it is right now with Covid-19.”

Branwen Smith-King, secretary-general of the Bermuda Olympic Association, said the BOA executive board voted that all athletes and officials must be vaccinated to represent Bermuda at any of the four-game festivals – Olympics, Pan Ams, Commonwealth, and CAC.

At the end of November, she said the Junior Pan American Games in Cali, Colombia required all athletes who are 18 and older to be vaccinated.

“My guess is this is where the world is headed so we have a policy that if you’re not vaccinated and you’re qualified and selected to represent Bermuda, you will need to get vaccinated. This may prompt other sporting organizations to do this.”

Smith-King said the policy is clear in travel to the US. Many universities also have a vaccine mandate policy, affecting students who wish to receive athletic scholarships. “This is the direction we’re all going toward so it is the right thing to do at this point and time.”

She added that no one selected for the Junior Pan Ams hasn’t been able to get a vaccine because of medical or religious reasons.

Ben Smith, head coach of the Bermuda national swimming team, told Bernews, “We had to start to deal with this earlier this year when we went to CCCAN in Puerto Rico on how we were going to travel with a team of mixed vaccinated and unvaccinated, it just became a situation where it was almost impossible to coordinate. There are a lot of moving parts.”

He said BASA hasn’t made its final decision yet, but the competitions that lie ahead for 2022 that fall under the auspices of the BOA, they have to be vaccinated. “That is the direction that everybody is going.”