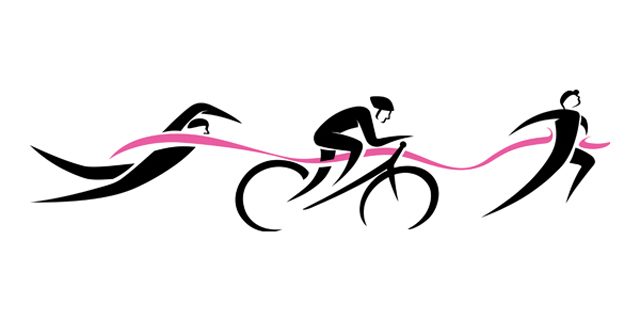 The 2020 ITU World Triathlon event in Abu Dhabi — which was scheduled to take place this week — has been postponed “as a precautionary measure to reduce the spread of coronavirus,” and local organisers and the ITU have confirmed that plans continue as scheduled for the World Triathlon Series in Bermuda in April.

There are now over 85,000 confirmed cases of Covid-19 and 3,000 deaths; most cases are in China, however it has spread to numerous nations across the world.

Ms Duffy is scheduled to compete in the series and she posted on Instagram saying, “WTS Abu Dhabi is postponed due to the Coronavirus outbreak in the area. Thanks to the ITU, LOC and local government for making a swift and safe decision. I was really looking forward to starting the season but I guess I’ll have to wait a few more weeks! .

“The event was due to take place from March 5 to March 7 in Yas Island, in Abu Dhabi, where some cases were reported in the last few days. Although the Abu Dhabi authorities are working on measures so that the safety of all the athletes, coaches and officials participating in the event is the main concern, due to the new World Health Organization recommendations and the spread of the virus, ITU and the Abu Dhabi Sports Council have jointly agreed to postpone the event.

“ITU, the local organizing committee and Abu Dhabi Sports Council are looking at possible dates for relocating the event later on in March or April.

“Around 300 elite athletes and more than 2500 age group athletes and scholars were planned to toe the start line in all the different WTS Abu Dhabi events next week. All participants will be immediately informed of the postponement, and will be advised of the new dates as soon as agreed.

“Travel restrictions and quarentines imposed by some countries and airlines for individuals and groups travelling from or to areas affected by the outbreak make it impossible to go ahead with the event in the planned dates, but all stakeholders are working tirelessly against the clock to find a new date to host the event.

“The whole World Triathlon Family, including our athletes, coaches, officials, staff and volunteers, consider the WTS Abu Dhabi one of the most outstanding events in the calendar and we all want to continue to work together to provide an excellent event for all athletes to shine and for Abu Dhabi to show their excellency organizing sport events.”

“Bermuda organisers and the ITU can confirm that plans continue as scheduled for the MS Amlin World Triathlon Series in Bermuda, April 18 – 19, including a first for Bermuda, a Paratriathlon World Cup Series event on Sunday April 19. Bermuda’s event is the next on the seven-series circuit culminating in the World Championships and Grand Finals in Edmonton, Canada in August this year.

“The Abu Dhabi postponement decision was triggered by the presence of the infection in the area prior to the event and the quarantines and travel restrictions imposed by different governments and travel companies, which made it impossible to carry on with the event. Bermuda is clear of COVID-19 to date and we continue to closely monitor the situation.

“We can confirm at this stage that Bermuda’s World Triathlon Series is scheduled to continue as planned,” said Arimany.

The MS Amlin World Triathlon Series in Bermuda on April 18 and 19, 2020 is the third of the annual World Series Triathlon events that Bermuda will host in the centre of Hamilton with support from its sponsors MS Amlin, BF&M, Hamilton Princess Hotel & Beach Club, Bermuda Tourism Authority, NTT and the City of Hamilton.